Off the Beaten Path | Urca Village

Urca is a tiny neighborhood with only 16 streets, but known among local Cariocas– a Rio resident- because of its former famous resident Carmen Miranda (remember the headdress of fruit and the ‘boom chick-a-boom?). It is considered one of Rio’s safest neighborhoods, because it shares a postal code with one of the city’s military bases & has only a single road in which to enter/exit.

Founded in 1565, Urca is the first town the Portuguese set up when they arrived in Brazil. The neighborhood possesses the oldest remaining street in Rio, Rua São Sebastião, that stretches from behind the fort in Urca to the former Casino. It is said that Urca is short for ‘Urbanização Carioca’ which translates to Carioca Urbanization. It was primarily a port, until after WWI when the area was landfilled, houses were built and the community began to form.. 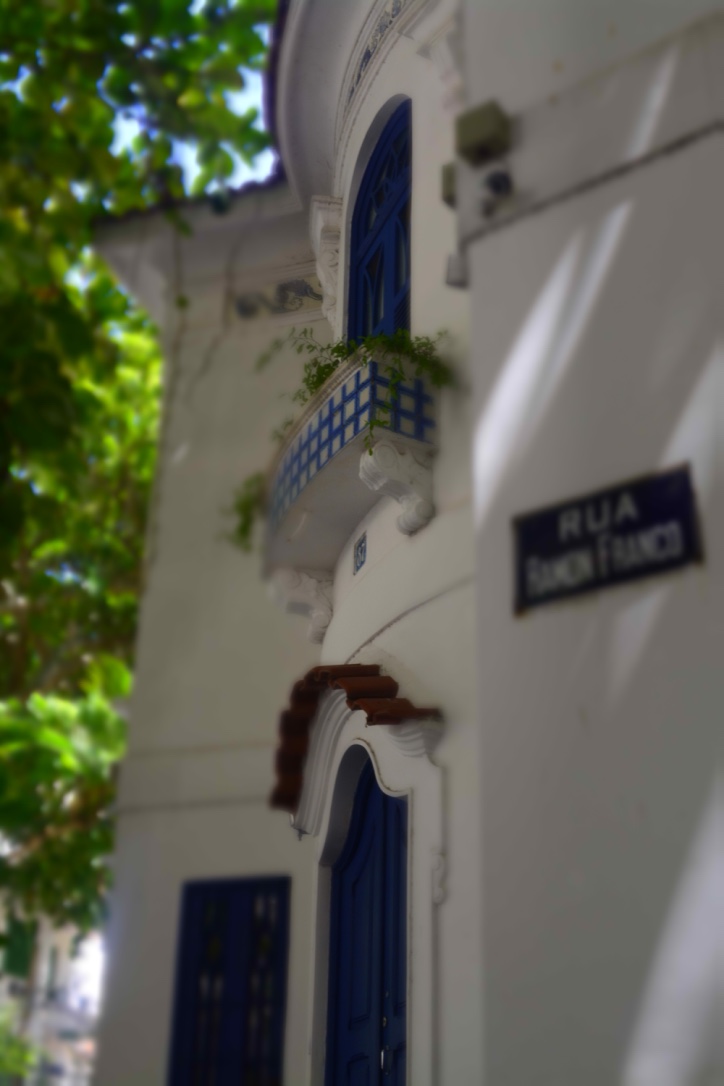 With its Tudor houses and Spanish colonial design, Urca has captured all of the cultural influences throughout Rio’s time. The majority of the houses were built during the late 1920s to 40s. Luckily the neighborhood has been able to preserve is architectural splendor and not fall into the the developmental trap of plastic, high-rise condominiums that the rest of the city has. Note: Some of the best kept art deco buildings are located right next to the Forte São João. 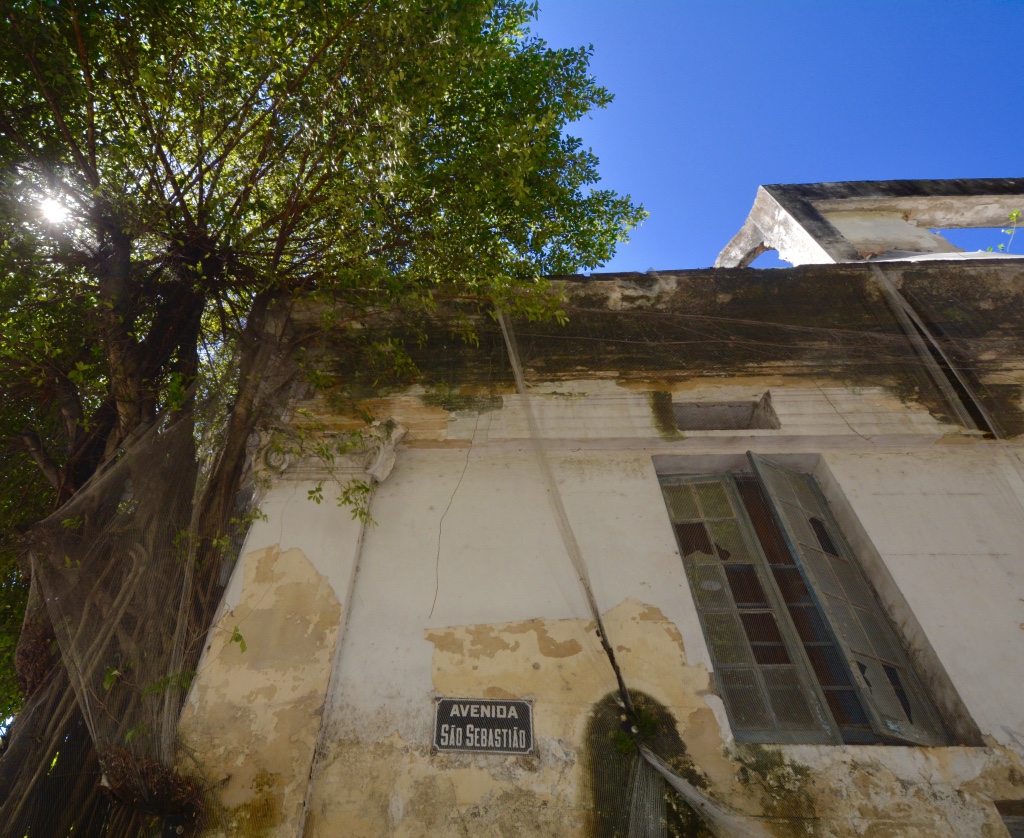 Although not open as a Casino any longer,  the Casino da Urca 1930s building was where Carmen Miranda was discovered by a Hollywood producer who took the little lounge singer to California and made her a Brazilian icon. In 1946, a national Brazil ban forced the Casino out of business. The former Brazilian television station, TV Tupi, eventually took over the building in which the used for filming a classic day-time tv show, Chacrinha.  The station made architectural alternations, smoothing out its classically Deco rounded edges in exchange for a more modern right-angled facade. But popularity dwindles and the building shut down again in the 80s. Due to typical government neglect, it sat empty until 2008 when renovations made space for eduction. Today it is an Italian-Brazilian fashion design school.

BEACHES | FUN IN THE SIN

Praia Vermelha (the red beach) is a spec of a beach by Brazil standards, but is nonetheless remarkable. Nestled at the base of Sugarloaf Mountain, this tiny little cove is the perfect illustration on what makes Rio so visually iconic. The juxtaposition of the steep mountain with this palm tree studded bay, will leave your phone lacking memory storage from all the photos you will want to snap. There is a real local element to Urca beaches, so be sure to try some street food classics, such as salty tapioca or caramel churros. 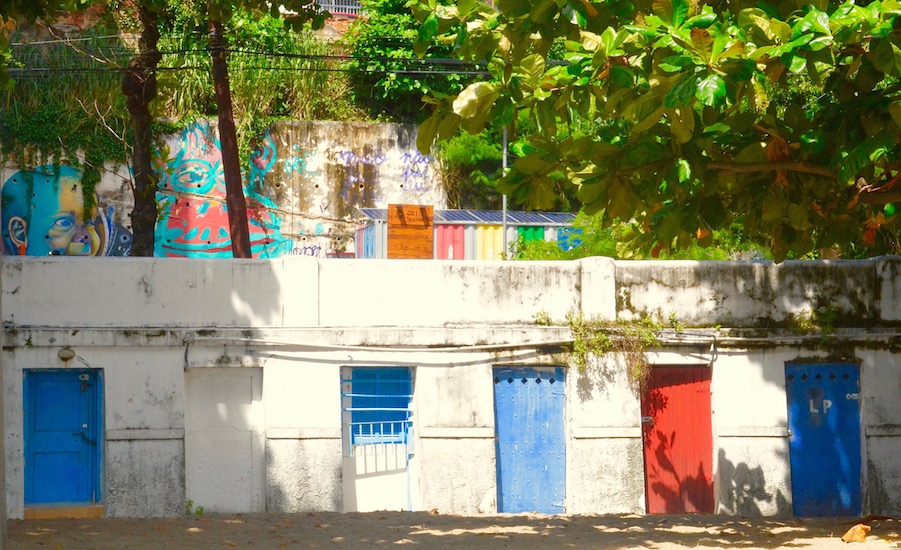 An afternoon in Urca wouldn’t be complete without a stop at Bar Urca. This small and simple bar has cold beers and delicious snacks. You simply walk up to the counter, order your treats, and then take it to the little stone wall overlooking the bay to enjoy. There is zero fancy about this location, but a hundred per cent charm. On a warm summer evening, the wall gets full for sunset, so get their early to reserve your stone. Note: there is also a restaurant upstairs for a satisfying full traditional meal. 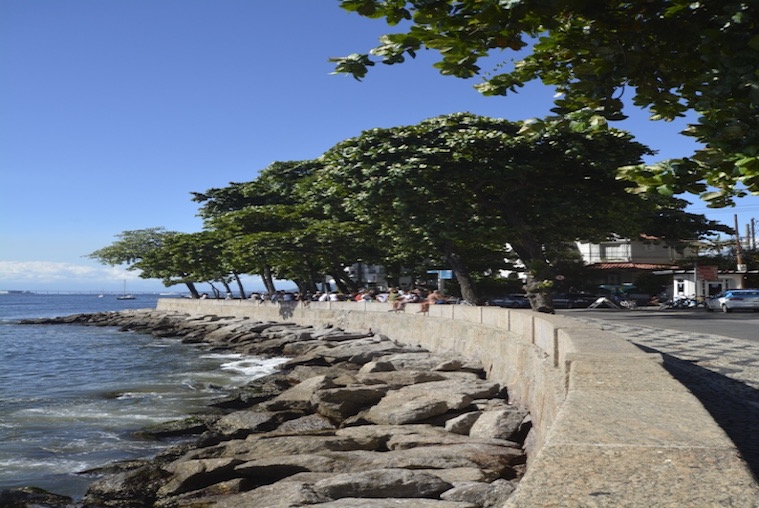 HIKING IN RIO | FOR BEGINNERS

Pista Cláudio Coutinho is a stunning easy 2km long trail along under the Morro do Urca (Urca Mountain), is covered with lush species of tropical flora and fauna. Enter on the left side of Praia Vermelha, through the parking lot. But if you are an experienced hiker, Sugarloaf Mountain can also be climbed. You can go up the very steep stair route, or rock climb. Warning: the later requires that you do so with an experienced guide and suitable climbing gear. 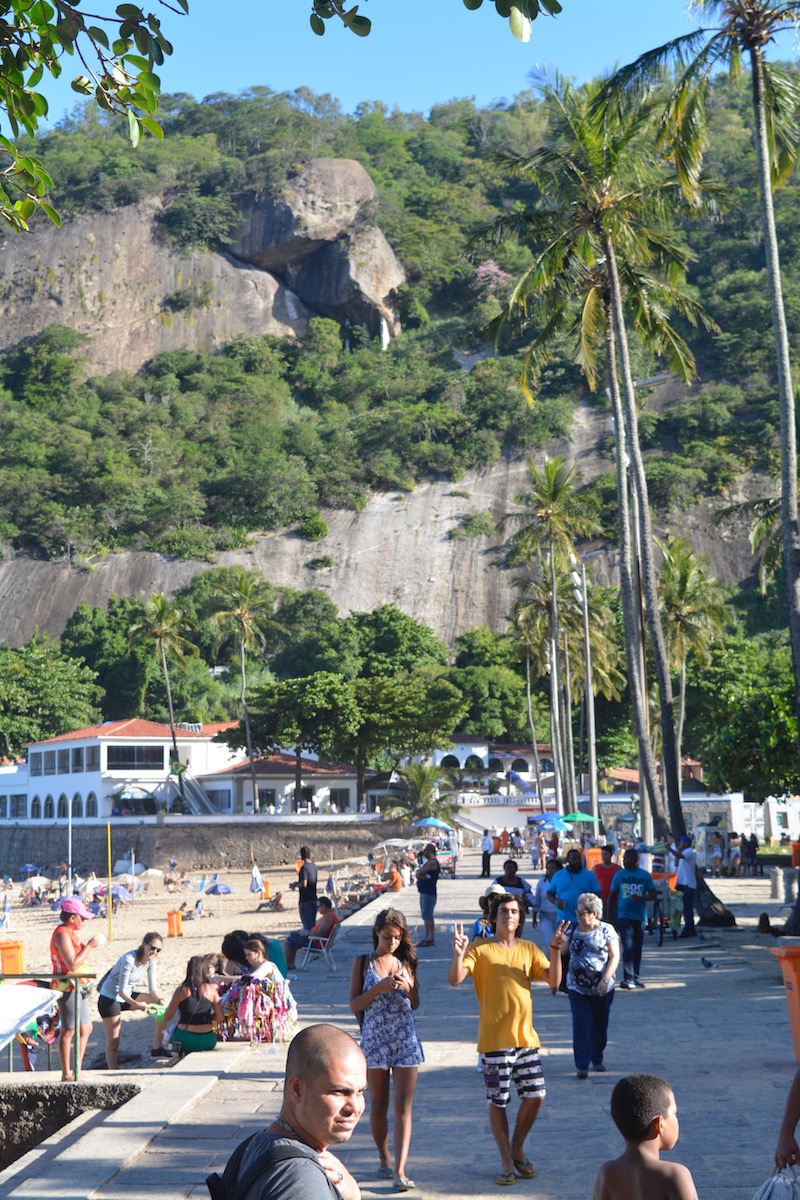 TO TICK THE TOURIST BOX

Riding the cable car up to the peak of Sugarloaf Mountain (Pão de Açucar), is very popular among Rio vacationers. If you want to enter into the postcard image of drinking your sunset cocktail overlooking the city, then Sugarloaf is the ideal spot to do so in. My advice is to to grab your ticket directly at the base of the mountain a bit before sundown, so that you beat the heat of the day & the crowds of tourists.